It’s easy to find a lot of discussion right now about JK Rowling’s latest expansion of the Harry Potter universe. In order to expand the world for her new series of movies, Fantastic Beasts, she branched out to North America. And the equivalent of Howarts is Ilvermorny, the North American Wizarding School. Most of the discussion centers on the cultural appropriation that’s rampant in the backstory for Ilvermorny.

Note: I could easily make the same arguments about any of the other magical schools she created. The lack of schools outside Europe, despite the diversity of cultures world wide, is an issue. It highlights her general ignorance about the diversity and uniqueness of people world wide. I’m focusing on Ilvermorny since there’s much more detail to dissect.

The Cliffnotes version is a British Colonialist’s dream. A young Irish girl leaves England (on the Mayflower!) and eventually founds the first magic school. The ONLY magic school in North America. The houses came from two children day dreaming about what the school might be like. Each house named for a favorite magical creature. Most of the names came from different Native American tribes.

This is literally cultural appropriation. She’s removing any context or history, and treats Native American cultures as homogenous. And beyond that, it’s just bad world building. Even without the appropriation.

We already knew that Wizards had an established subculture in Europe and in Asia for centuries. We knew the three wizarding schools in Europe. If you really want to double down on JKR’s assertion that various Indigenous beliefs are Magic and not spiritual? That would mean Organized Magic already long existed in North America.

Predating England’s arrival in North America, the main contact with Indigenous people would have come from Spain. With conquistadors and Spanish missionaries. Wouldn’t it be likely that some Spanish wizards would have come over? Used their magic to help defeat Aztec and Mayan wizards?

Cultures would have blended. (Forcibly, no doubt) New magical traditions grown out of them. The same way that Mexican and various Caribbean cultures evolved as distinct and unique from Spain. Smaller schools probably would have sprung up across the continent as populations grew and spread. The missionaries spreading Catholicism would probably have tried to indoctrinate young Indigenous wizards

Where’s the magic from Africa, brought into the Americas and the Caribbean with those stolen and sold as slaves? The magic from China that came with those who helped build the Bay Area and the railways?

Indigenous wizards, pushed off their land and away from natural elements filled with magic (like the forest outside of Hogwarts).

By the 1920s, you could have easily had dozens if not hundreds of smaller schools. Students would likely go to the schools that lined up with their heritage. Or the school that their magic best meshed with.

The US is ridiculously large

North America is vast. JK Rowling’s concept of a single school for that entire population and land is inherently ridiculous. It ignores the many many cultures represented. (And that’s solely focusing on the United States and the history I know)

I mean, consider US History. Could there only be one school during the Civil War? Would parents in the Confederate South be convinced to send their children into the North for magic school?

Wouldn’t it be likely that Beauxbatons would have sister schools in New Orleans and in Quebec? They’d both be very different, both from each other and Beauxbatons. Heck, wouldn’t Texas wouldn’t have their own magic school, just based on their own stubborn individualism?

Between the cultural appropriation and the lack of thought about the country it’s set in, the entire concept of Ilvermorny is insulting.

America itself is a country of immigrants. To suggest that all would abandon their own cultures and adopt a purely British POV is an insult.

Lessons to take, as a writer

As a writer, I think it’s important that you consider both history and sociology when world building in an extension of our universe

Consider the Hunger Games and Panem. It’s definitely a future North America. The book makes it clear which District is which part of the continent. What makes it a successful change is that the world building is an extension of the US as it is now.

Ilvermorny fails as world building, because most Americans read the history and wonder how big the school is. Even if it’s a very small percentage of North Americans who are wizards…. that’s still a really really large school.

So, if you’re writing about a country or culture that is not your own – learn from JK Rowling’s mistakes. Research the history and culture. THEN find someone who lives there to give you feedback. Then and only then, you can write your book.

Update: Obviously, JK Rowling’s issues above is only one of many problems with the Fantastic Beasts’ extension to her world. While the world was already problematic, she ignored racial tensions, had a Jewish woman side with Magic Nazis.

And obviously, this is ignores her own personal transphobic point of views. Or the many occasions she’s reflected on her own writing after the fact, often undermining what was good about the Harry Potter series. 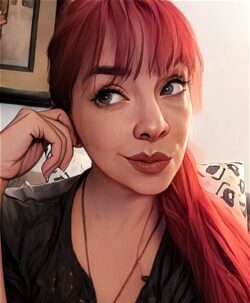